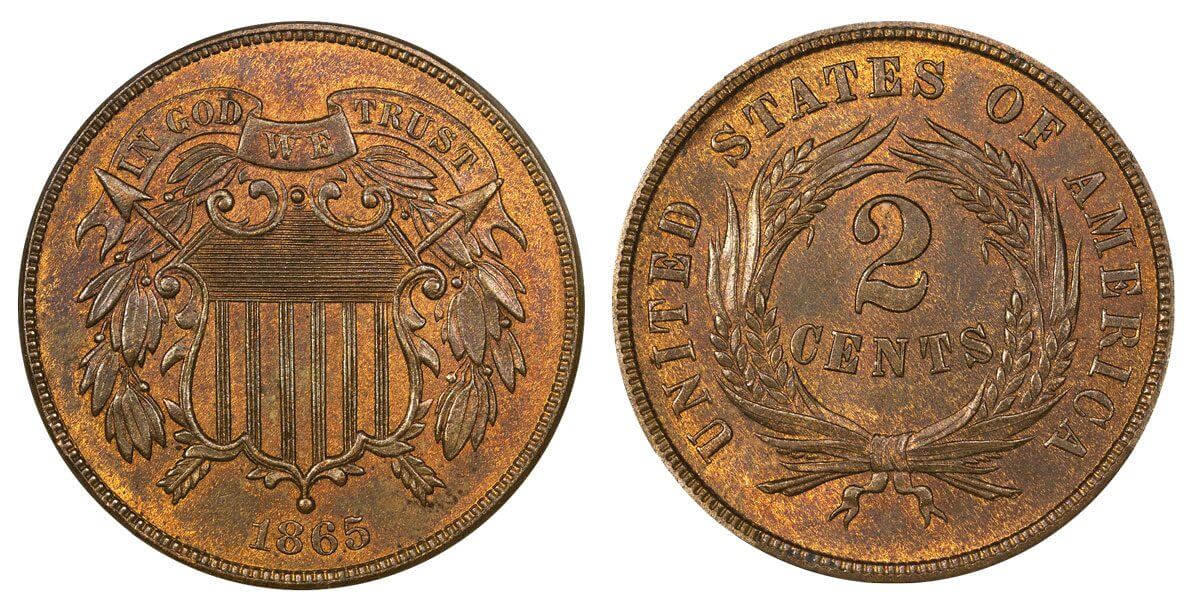 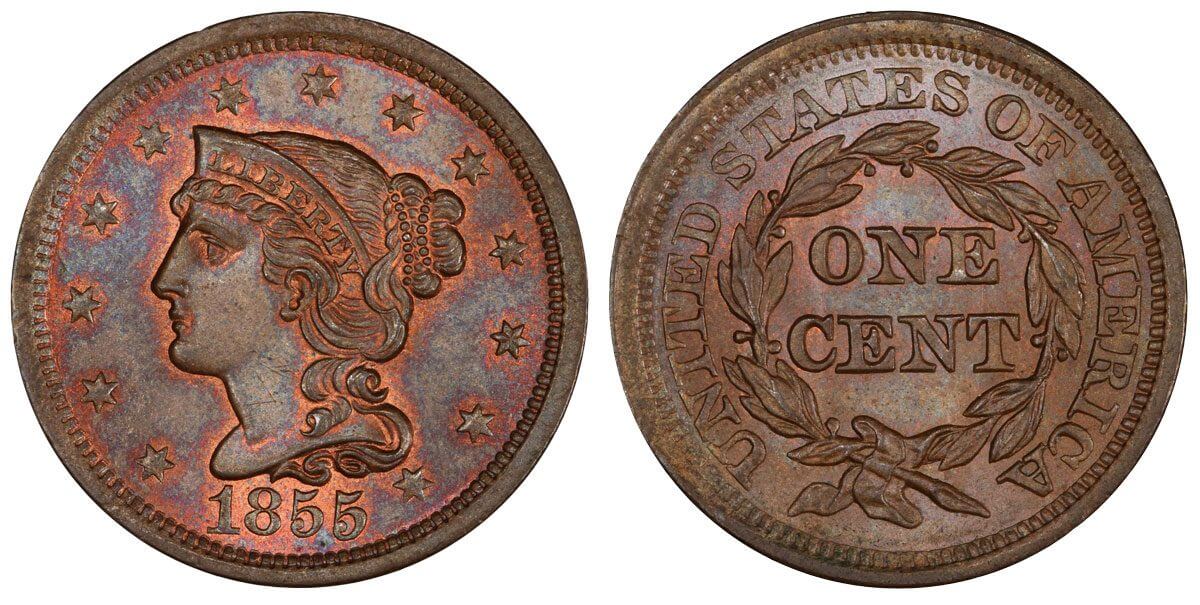 The large cent (as opposed to the small cent size of the modern penny) was minted from 1793 until 1857 when it was replaced by the small cent. The diameter of a large cent is slightly bigger than a modern day quarter and made of solid copper. There are several variations of the large cent: flowing hair cents, liberty cap cents, draped bust cent, classic head cents, coronet or matron head cents, braided hair cents. 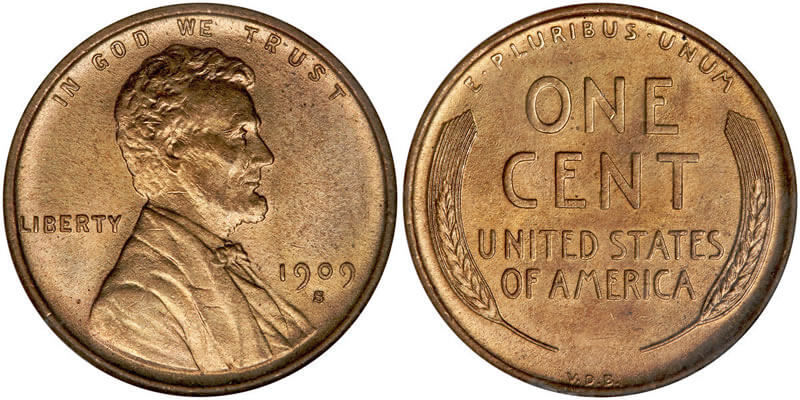 Small cents consist of 3 basic designs, the Flying Eagle cent, Indian Head cent, and Lincoln cent. The modern day penny features Abraham Lincoln, and has since the centennial of his birth in 1909. 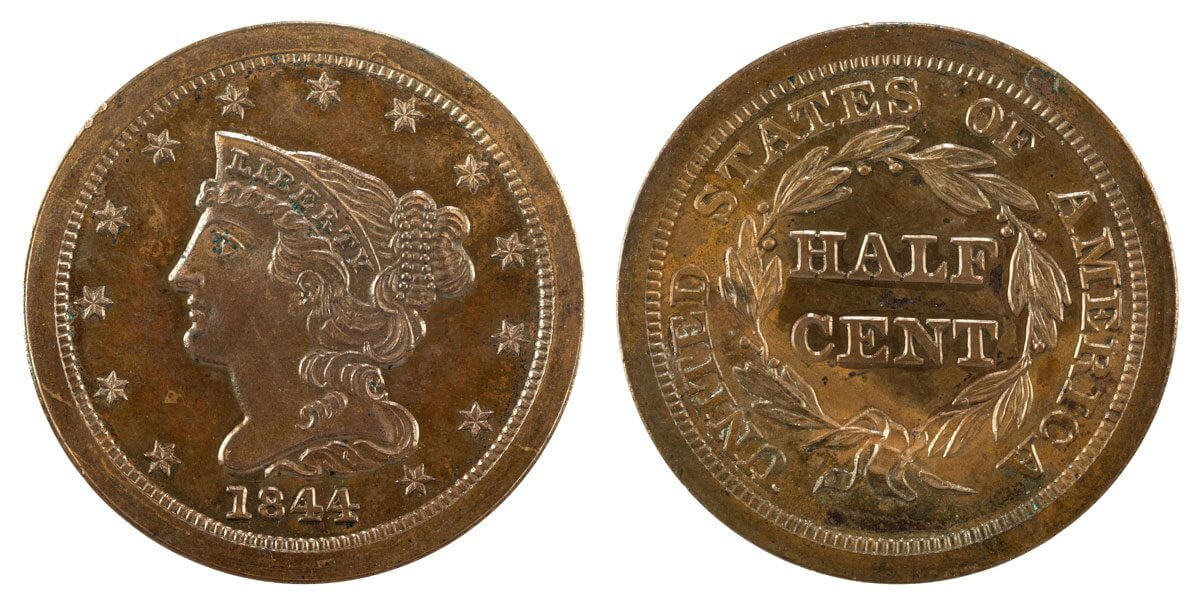 The half cent was first minted in 1792 and last minted in 1857 and had five different design variations since it was introduced: Liberty Cap Left, Liberty Cap Right, Draped Bust, Classic Head, and Braided Hair.